You are here: Home > Things To Do > Gold Hill 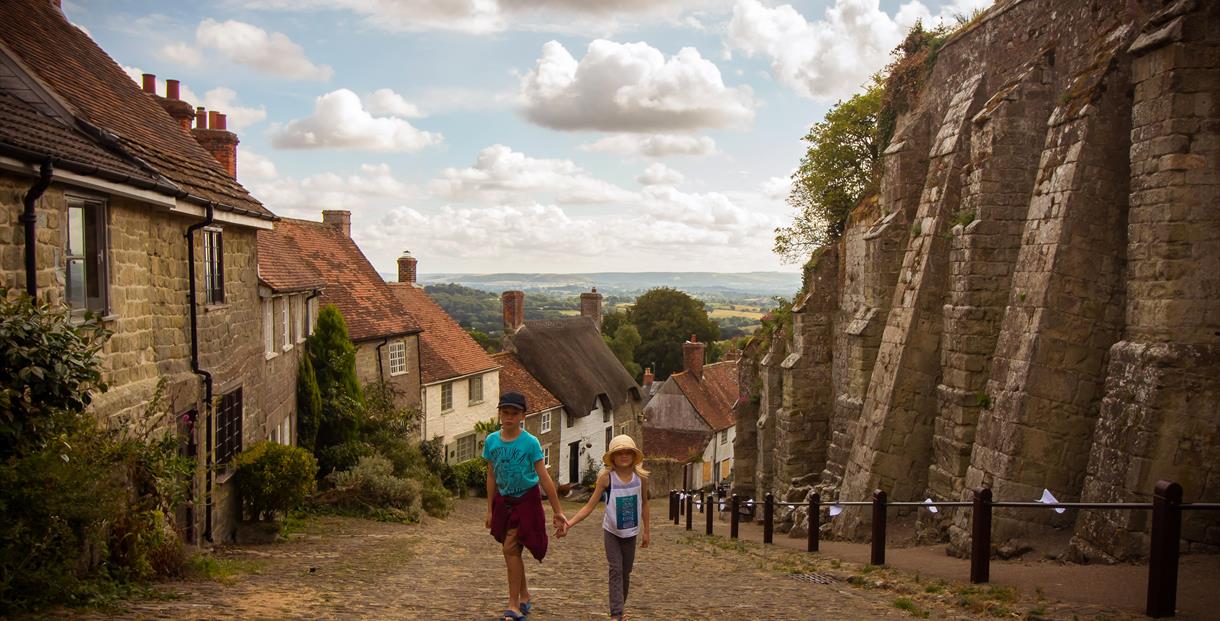 Come and stand on the ancient cobbles of Gold Hill, Shaftesbury, a steep, picturesque street made famous after featuring in the popular 1970s TV advert for Hovis bread.

In the nostalgic advert, a boy pushes his bicycle up Gold Hill to deliver a loaf of bread before freewheeling back down to the baker’s to the soundtrack of Dvorak’s New World Symphony. The commercial is regularly voted Britain’s favourite of all time.

The view looking down from the top of the street has been described as "one of the most romantic sights in England" and often appears on the covers of books, calendars and chocolate boxes.

There’s much to see and do at Gold Hill; at the top of the street is the 14th-century St Peter's Church, one of the few buildings remaining in Shaftesbury from before the 18th century.

Adjacent to the church is the Gold Hill Museum, set in two historic buildings. One was once the priest’s house and still has a “squint” through the wall to St Peter’s church; the other provided basic lodgings for traders at the market on Gold Hill.

The ancient cobbled street runs beside the Grade I listed walls of the ancient Shaftesbury Abbey built by King Alfred the Great. The excavated foundations of this once important and influential Abbey lie in a peaceful walled garden, with an extensive herb garden and medieval orchard. The Shaftesbury Abbey Museum brings to life the story of Saxon England’s foremost Benedictine nunnery which acted as the catalyst for the prosperity of the town and surrounding area for over 650 years until it was destroyed on the orders of Henry VIII in 1539.

There are many glorious walks to be enjoyed around Gold Hill, giving you chance to enjoy the lovely mix of thatched and stone properties in the town, quiet country lanes and the the two main view points in the town where you’ll enjoy views stretching northwest to Glastonbury Tor and south to Melbury Hill and beyond.

Each year the town hosts the Gold Hill Fair to raise money for local charities.