You are here: Home > What's On > The Coastal Comedy Show with TV Headliner Charlie Baker! 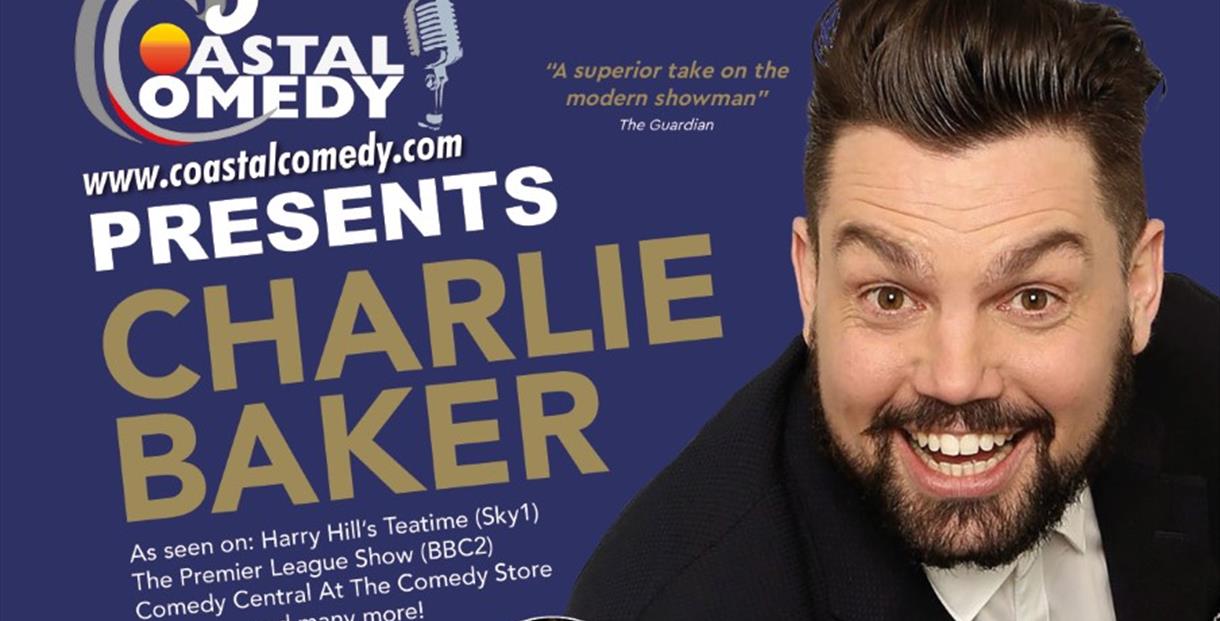 Come and enjoy a top night of live stand-up comedy, sponsored by Lovett International and Nuudle Bar, in a beautiful intimate venue. We've pulled out all the stops to bring you this incredible line up. Our TV Headliner is Charlie Baker!

As seen on: Harry Hill's Teatime (Sky1)
The Premier League Show (BBC2)
Comedy Central At The Comedy Store and many more!

Charlie Baker's versatile talent as a stand-up comedian, actor, and highly acclaimed jazz-singer has seen him earn a reputation as 'a superior take on the modern showman' (The Guardian). He has appeared in numerous TV shows and avid sports fan Charlie has been heard on BBC5 Live's Fighting Talk and covering on talksport's. He also has a cult podcast The National Obsession.

'A superior take on the modern showman' The Guardian

Opening the show is the very talented Joey Page. Joey is eccentric and he is somewhat of an undiscovered sparkling gem. Magical swirling surreal comedy. An antidote to the woes of the world, Joey takes you through the tangled joy of his charmingly childlike logic. Creating a world of uniquely offbeat characters and tall tales of fancy.

Also appearing on the night is Fiona Ridgewell who reached the 2020 Funny Women final and was nominated for Best debut show at the Leicester Comedy Festival.

"Fiona Ridgewell has funny bones and an easy warmth on stage." Julia Chamberlain