You are here: Home > What's On > The Coastal Comedy Show with Angela Barnes 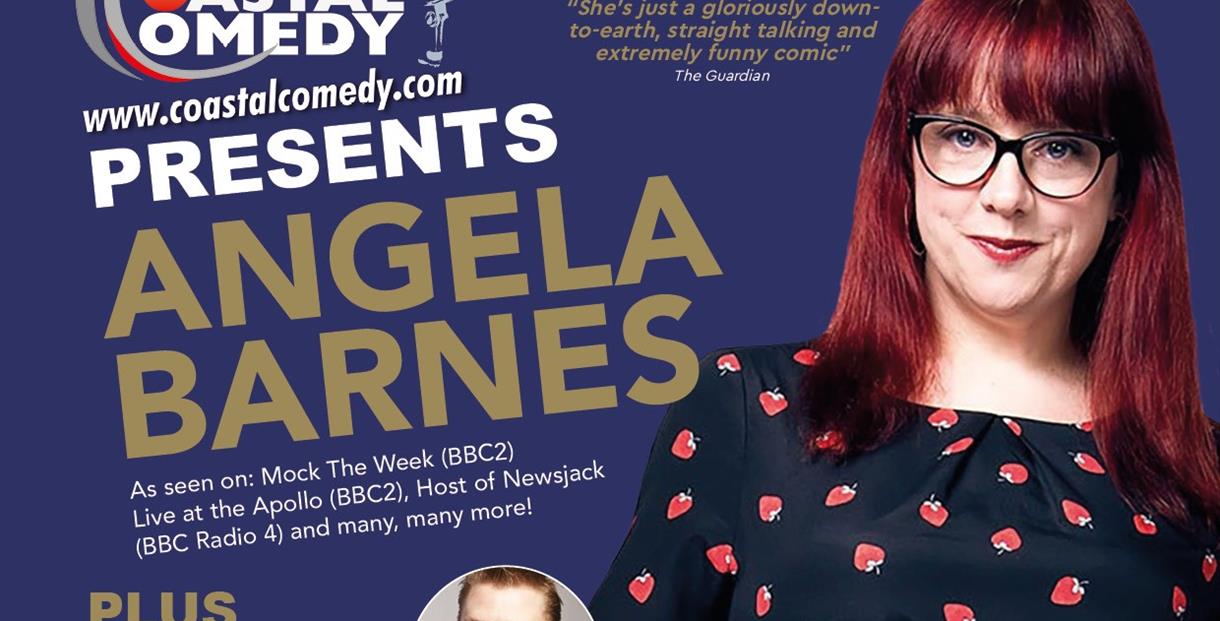 Come and enjoy a top night of live stand-up comedy, sponsored by Lovett International and Nuudle Bar, in a beautiful intimate venue. We've pulled out all the stops to bring you this incredible line up.

TV Headliner Angela Barnes!
As seen on:
Mock the Week (BBC2)
Live At The Apollo (BBC)
Host of Newsjack (BBC Radio 4) and many many more!

Angela won the BBC Radio 2's New Comedy Award in 2011 and has soared up the comedy ranks ever since becoming a regular face on TV and voice on radio.

Opening the show for your laughing pleasure is Michael Fabbri who regularly performs at major comedy clubs throughout the UK and all over the world.

He has worked as a writer for Radio and TV and recently had his own stand-up series: 'Dyslexicon' on BBC radio 4. He has done several solo shows at the Edinburgh fringe festival and worked as a support act for Micky Flanagan on his Out Out Tour.

Also there's a special appearance from JennyBSide winner of the Coastal Comedy Gong Show and many many more!

JennyBSide brings Gender Fluid Musical Comedy to Bournemouth with full force. Quickfire songs that combine her own brand of Trollopop with a sprinkle of Minchin and a dash of darkness to desensitise.

This event has passed