You are here: What's On > The Coastal Comedy Alfresco Show with Paul McCaffrey 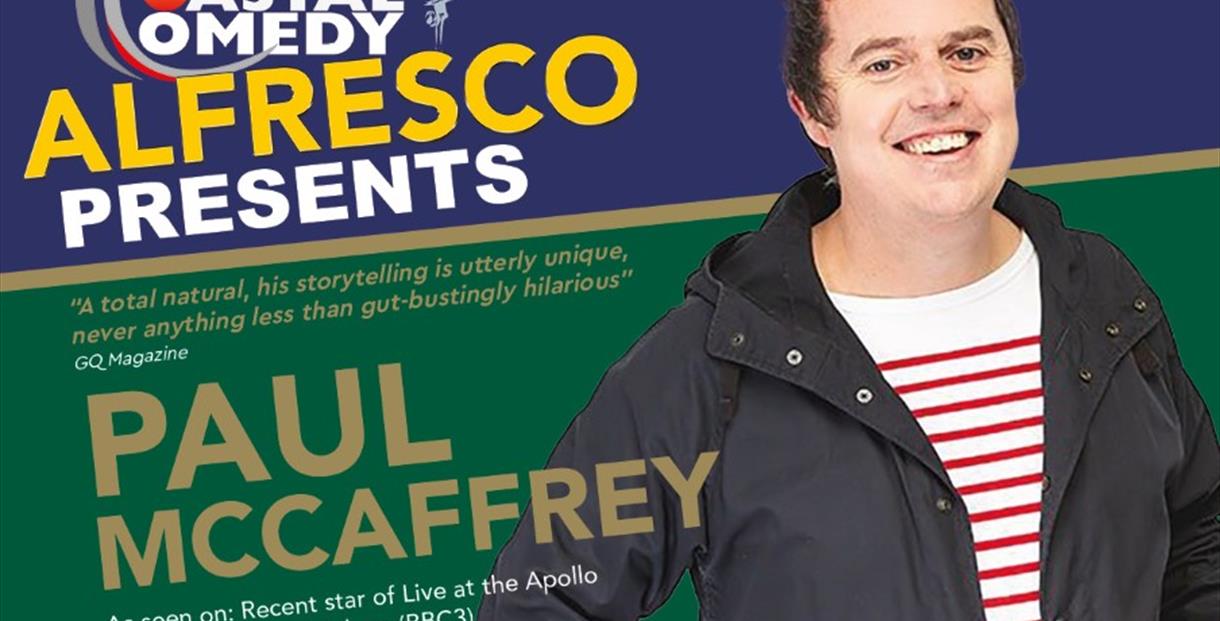 Come and enjoy a top night of live stand-up comedy with 2 fantastic acts and host, sponsored by Lucy Beck – the Lawyer who listens, outside at Bournemouth Electric Club!h Electric Club!

Our headline act is the incredible Paul McCaffrey!
Recent star of Live at the Apollo (BBC2)
Impractical Jokers (BBC3)

Paul quickly established himself as one of the most exciting acts around, winning both The London Paper and the Latitude Festival new act competitions. He has been seen on Russell Howard's Good News, heard on Russell Kane's Whistle-Stop Tour (BBC Radio 2), and is a regular guest on The Matt Forde Show.

"Likeable, animated and fluid with a first-rate sense of timing" Chortle

"A total natural, his storytelling is utterly unique, never anything less than gut-bustingly hilarious" GQ Magazine

Opening the show is the hilarious Mike Cox, winner of the prestigious Fosters South Coast Comedian of the Year Award. Mike's sharp wit and everyday cynicism have made him one to watch on the comedy circuit in recent years.

There is plenty of parking on site, Pizza Oven, outdoor bar and food van with the option to carry on at the club after the show.