You are here: What's On > Richard Corbett Art Exhibition 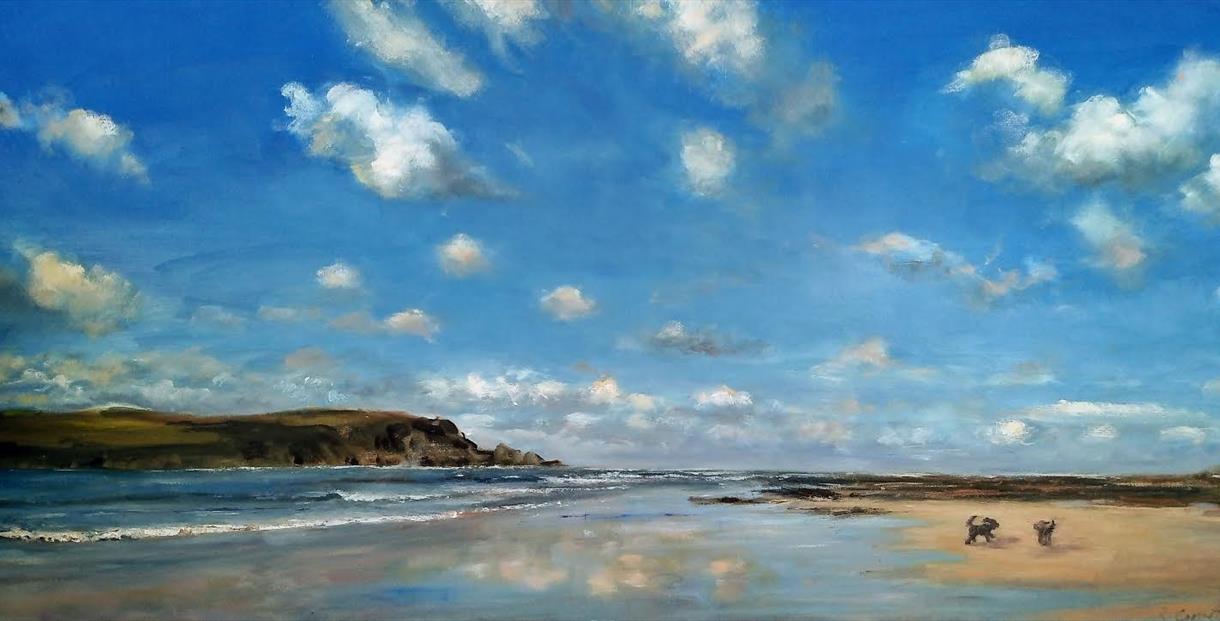 Richard Corbett Artist
(b. 1969)
Born in Portsmouth, Richard has always been linked to the sea. After studying Fine Art at Norwich School of Art in the 90s, Richard spent the next 15 years living and working near the Suffolk coast where he became known for his abstract relief prints that expressed his love of the music, poetry, light and the landscape. A move to Monmouth in 2005 led to a series of prints inspired by the Wye Valley where he developed innovative printmaking techniques. Gradually however, he turned his hand to painting, drawn by the magical light of Cornwall, the Severn Estuary and the Welsh Coast. Time spent working alongside other contemporary painters in Cornwall, Wales and France, as well studying the work of the 19th and 20th Century European seascape artists, he started to develop his own style, using Old Holland paints. His paintings have a strong sense of place, celebrating the beauty of the coast and landscape, and the transience of the seasons. His work is in a number of Private collections and has been exhibited in galleries across the UK and abroad.
Now based in South Perrott, Dorset, Richard is pleased to be nearer the coast again and he hopes that this exhibition will be the first of many in the county. "Fresh Prospects" is a collection of paintings from 2018-21 inspired by visits to the coasts of Dorset, Devon, Cornwall, Wales and the Meditteranean.
Richard Corbett Artist