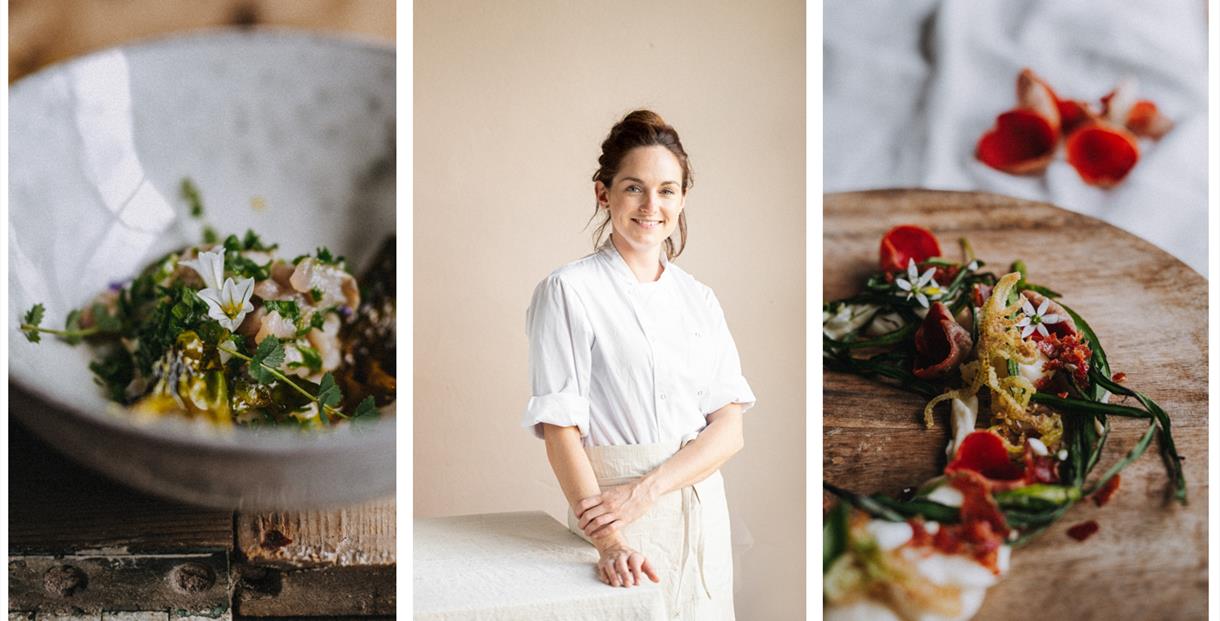 Bookings are being taken for the restaurant from 18th May.

Robin Wylde is the debut permanent restaurant from chef Harriet Mansell, following the success of her 2019 pop-up of the same name.

The West Country born chef, who competed in BBC2’s Great British Menu earlier this year, is opening the doors of Robin Wylde on October 31st, only a few doors down from its original Dorset home.

With a philosophy embedded in celebrating the diversity and abundance of West Country produce, Harriet will bring Robin Wylde to life once more – but this time the restaurant is here to stay. Set to open within a former pottery workshop positioned in the bustling centre of what is one of South England’s most idyllic seaside towns, the restaurant is only a short stroll from Lyme Regis’ shores, rugged coastal paths as well as the hustle and bustle of a thriving fossiling community.

As inferred by its namesake Robin Wylde - a pseudonym which evokes connotations of luscious and wild countryside combined with a sense of adventure and old English charm - Harriet’s culinary style takes inspiration from the natural world. Experimentation with raw ingredients, to include pickling, preserving and fermentation also play a prominent role in Harriet’s recipes.

Harriet opened the original Robin Wylde pop-up in April 2019, which was a sell-out for its entire six-month residency within Lyme Regis’ culinary events space The Pop-Up Kitchen. As word of the Robin Wylde experience spread through Dorset and beyond, only six weeks after opening Harriet was asked to take part in the 2020 series of BBC1’s Great British Menu, where she competed in the South-West heat.

In a similar style to its first incarnation, the restaurant – which will seat up to 32 covers - will provide a 9-course tasting experience, alongside optional pairings of low intervention and West Country wines. A 3-course menu is available at lunchtimes.

Drawing on the West Country’s enviable array of natural ingredients and producers, the menu – which will change approximately every six weeks – in particular will shine a light on the region’s world-class seafood, incredible locally grown produce that benefits from the southerly climate, sea herbs and seaweeds and more.

Alongside its wines, Robin Wylde will offer diners a broad selection of other drinks to include ales, ciders, spirits and meads.

Open for dinner Wednesday - Saturday Open for lunch on Saturday

Open for lunch on Saturday only